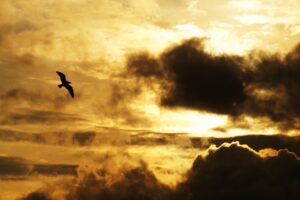 THE FREEDOM OF FORGIVENESS

Forgiveness is not about excusing bad behavior; it’s about becoming bigger than the bad behavior. “I forgive you despite what you’ve done” is not an absolution from consequences; it’s an act of compassion that seeks to move on. When we refuse to forgive, we make a decision to live in the past. And that decision stays with us every day we don’t forgive. That’s why the act of forgiving has much more to do with the forgiver than it does with the offending person. When you harbor a grudge or hold on to bitterness, you are fueling an internal, smoldering negativity that limits your capacity to experience joy. Your joy can become unstable at the mere mention of the person with whom you are staying angry. This creates a mental acidity that can negatively manifest in your life psychologically as well as physically. Forgiveness is the only antacid that will neutralize that kind of mental heartburn. If you’re holding on to anger or disdain for anyone you feel has wronged you, your inner peace is no further than one forgiving thought away.

As we’ve covered in a previous episode, no one commits an offense out of thin air. Maybe they’ve had a rough day… maybe they’ve had a rough life. But knowing why they misbehaved isn’t necessary to forgive them. It’s enough to know that anyone’s offensive behavior is never without a source. This knowledge helps us to not take another’s behavior personally… or at least to take it personally less often. Instead of immediately taking offense, we can look straight through a person’s bad behavior to see an unhealed part of them. We then see that they are striking out (usually in pain, themselves) at a world they fear, much like a child throwing a tantrum. Similarly, with people who aren’t trying to hurt us but speak or act in insensitive ways, we start to see the innocence behind their unintended offenses. As we elevate our awareness, we’ll realize that it was never us but rather our incomplete perspective that took offense. Sometimes, though, we will take offense to others’ behavior. And when that happens, it’s prudent to have a direct but gentle conversation with them that’s aimed at preserving honesty and integrity in the relationship. But the more effort we give to forgiving others, the easier forgiveness becomes. And eventually, we’ll evolve to living in a state of instant forgiveness… or for starters, instant compassion.

Depending on the offense, forgiveness can be a very difficult thing to access. But there are many inspiring accounts from those who’ve had to dig very deep for forgiveness. These include people who have lost loved ones to murderers as well as soldiers who have been tortured as prisoners of war. After deciding to let go of their hate, many of these people describe the experience of forgiving as a heavy weight they didn’t realize they were carrying that was finally dropped. But let’s start with less extreme circumstances. Anytime we feel ourselves beginning to take offense to another’s behavior, it’s helpful to reframe the situation as a kind of compassion test. Again, this isn’t an endorsement of tolerating abusive behavior. But how we internalize that behavior is where we’ll find real growth opportunity. Becoming ensnared by anger, spite, or a desire to retaliate obscures that growth opportunity. But reaching for empathy, compassion, and love enhance that opportunity. We’re all a work in progress. And when we have the intention to help one another - coupled with well-defined boundaries - forgiveness becomes easier, and life becomes more loving.